Poor posture can adversely affect physical and mental health. It can lead to weakened bones, nerve damage, lower back pain, reduced confidence, depression, and more. While technological innovations such as the automobile, TV, and computer have made modern life easier and more convenient, these inventions have also had negative impacts on human health. People have become more sedentary as technology has advanced. According the the World Health Organization, physical inactivity is the fourth leading risk factor for global mortality.

The research is clear: By making simple lifestyle changes you can improve your posture and overall health.

Unfortunately, many professions and lifestyles require individuals sit often. The good news is low-intensity activities such as standing and walking can help combat the negative effects of extended sitting. One research study by the European Heart Journal found that replacing daily sitting time with 2 hours of standing or walking significantly improves cardio-metabolic health.

Another study published in 2015 by the National Institutes of Health Clinical Center examined the impact of interrupting long sitting periods in children between the ages of 7-11 years old. The researchers measured the metabolic health of two groups: one group that remained seated for 3 hours and another that sat and walked for 3 minutes every 30 minutes. The study concluded participants that walked intermittently displayed better short-term metabolic function.


Lean Slightly Back When Sitting

A certain amount of sitting is unavoidable. So when you do have to spend time sitting at your desk or while driving your car, you want to make sure you have the best posture possible. There's a right way and a wrong way to sit. A study in 2006 by researchers at the Department of Radiology and Diagnostic Imaging at the University of Alberta in Canada found the best position for sitting is leaning back at a 135 degree angle.

The researchers examined patients using a positional MRI machine in three different sitting positions: sitting with a slouching position leaning forward, an upright position with a 90 degree angle between the waist and back, and a relaxed position while leaning back at a 135 degree angle. Measurements were taken of spinal disk height and movement. Spinal movement takes places when weight-bearing strain occurs at the spine, which causes the disk to move out of place.

Surprisingly, the researchers found the disk movement was most pronounced during a 90-degree upright sitting position. It was the least pronounced during the 135-degree posture. By comparison the forward slouch position led to a reduction in spinal disk height, demonstrating wear on the lowest two levels of the spine.

You do not necessarily need to lean back at a complete 135-degree angle. That could be difficult if you are trying to concentrate and get work done. However, don't hesitate to lean slightly back while sitting in order to create an open angle between your base and upper body. It's better for your spine and posture.


Maintain a straight back 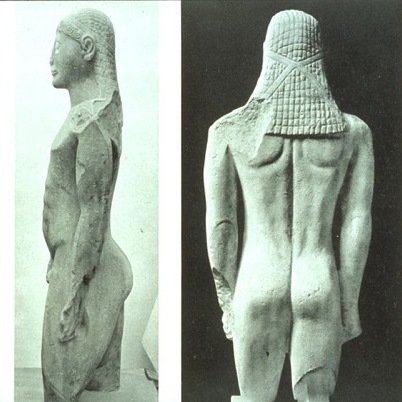 Many ancient Greek statues show individuals with a J-shaped spine that is straight at the top and curves at the buttocks. 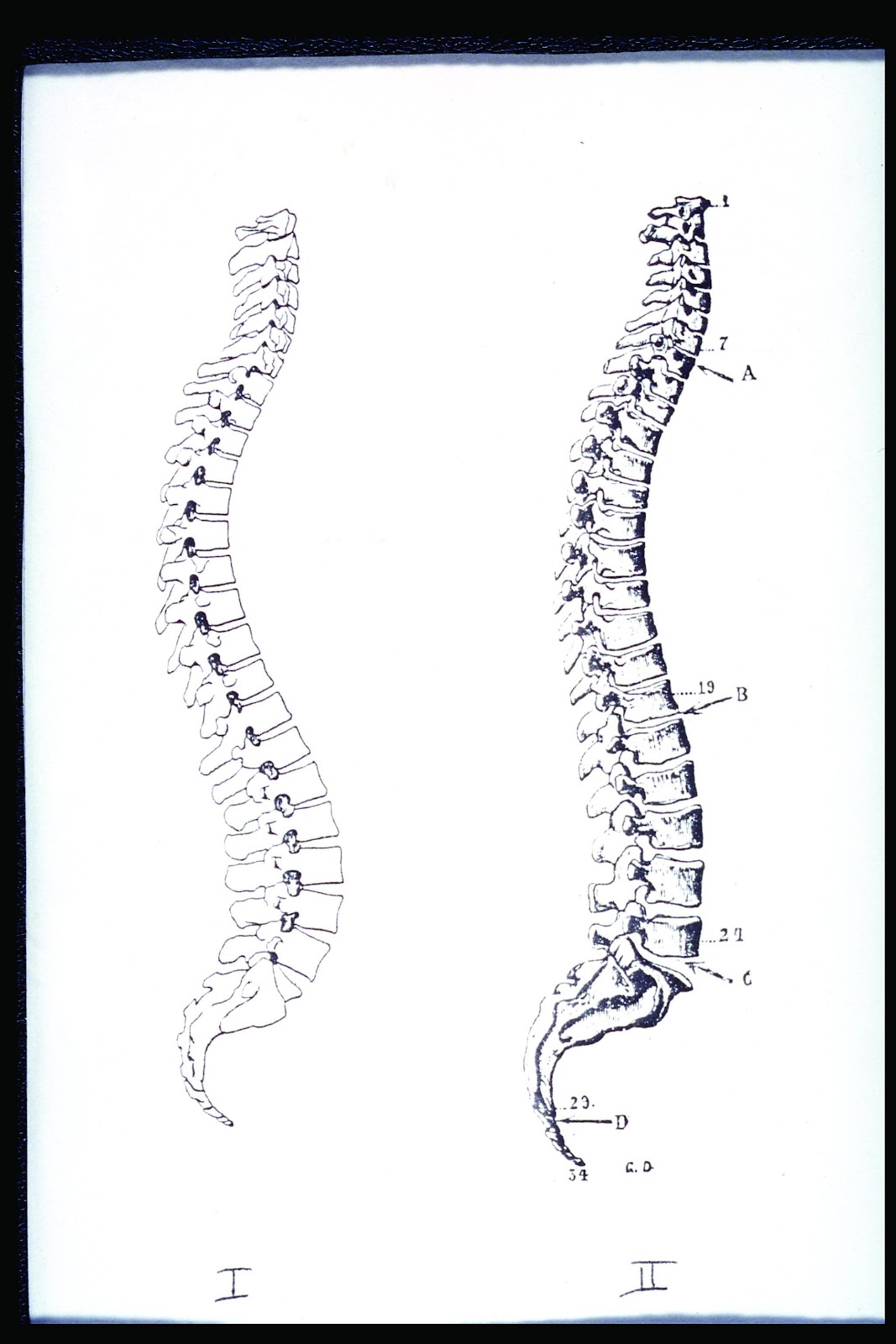 Figure 1 shows an S-shaped spine while Figure 2 displays a spine in the form of a J shape.


It’s a myth that good posture naturally develops from being physically active. While there are many health benefits to exercise, you could experience an injury if you aren’t using your body properly. According to Gokhale, the key is to fix the way we stand and sit. She endorses a primal posture, which means sitting or standing with a lengthened back and flat lumbar area.

Gokhale recommends three simple exercises to improve posture and reduce back pain. These include:

Lengthening the spine by standing or sitting tall and taking deep breaths.

Squeeze the glute muscles when walking. This trains your body to have propser posture even when you are not doing rigorous exercise, helping keep the pelivs level on the hip joint. 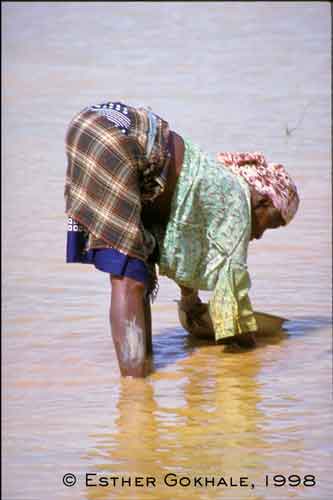 A woman in Burkina Faso in sub-Saharan Africa collects water chestnutes. She maitains a straight spine, even while bending over.


Treat Yourself to a Massage

Massage is more than just a relaxing treat; it’s also good for your health. Whether you currently suffer from poor posture or if you’re looking to maintain your healthy posture, you should consider massage therapy. Numerous research studies have shown the efficacy of massage as a treatment for back pain and bad posture.

A study in 2001 by the International Journal of Neuroscience found that massage therapy helps reduce lower back pain and increase range of motion. Researches examined 24 individuals who had been reported low back pain for at least 6 months. Participants were randomly assigned into two groups: massage therapy or muscle relaxation. Each person received 30 minute sessions twice a week for a total of five weeks. By the end of the study participants in the massage therapy group reported less pain and showed improve range of motion in their spine.

A study published in 2011 by Annals of Internal Medicine examined the effect of massage on individuals with chronic low back pain. Researchers analyzed 401 people who reported nonspecific chronic low back pain. Participants were divided into three groups: structural massage, relaxation massage, or regular care (physical therapy and pain medication). Each group received one hour of therapy per week for 10 weeks. At the end of the study, both massage groups reported significantly greater improvements in their low back pain compared to individuals who received regular care.

There are a number of different massage tools therapists can utilize, depending on the massage style. However, if you don’t have the time or resources to pay for a massage service, you can use foam rollers or massage balls to help loosen your muscles. Massage therapy can reduce muscle tension and encourage greater blood flow throughout the body. The loose joints will then be able to move more freely, encouraging good posture.


Spend Less Time on Your Smartphone

It turns out smartphones may not only be addicting, but also bad for your posture. A study published in the Journal of Physical Therapy Science found prolonged usage of cell phone leads to forward head posture (FHP) and impaired respiratory function. Researches measured the craniovertebral angle, a common metric used to asses head posture, of two groups: individuals who used smartphones less than 4 hours per day and those who used their phone for more than 4 hours each day. Subjects who spent more time on their smartphones tended to have poorer FHP and rounded shoulders. Forward head posture predisposes individuals to pain in the neck, back, and shoulders.


If You Have to Use Your Smartphone, Don’t Look Down

Smartphone usage isn’t slowing down any time soon. As of 2017, approximately 77 percent of people in the United States own a smartphone. For most people, it’s nearly impossible to eliminate time spent on their phone. Smartphones are much more than a tool to call another person - they are devices that allows users to access the internet, connect on social media, listen to music, pay their bills, send emails, and much more. Smartphones are so ingrained in our culture and provide many benefits, it probably isn’t a good idea to cut them completely out from our lives.

More smartphone usage means more people are spending significant time looking down at their phones. Dr. Kenneth Hansraj, chief spine surgeon at New York Spine Surgery & Rehabilitation, developed a computer model to assess how much force is placed on the cervical spine as the head tilts forward. Dr. Hansraj’s research paper, published in the Surgical Technology International journal, shows that the pressure on the neck increases as the head is flexed forward at varying degrees. In a neutral position, only 10-12 pounds of force are placed on the neck, which is the weight of an average adult head. When a head is tilted at a 60 degree angle, the force increases to approximately 60 pounds.

Dr. Hansraj notes that good posture is having your ears aligned with the shoulders and shoulder blades back. He recommends making an effort to look at your phone with a neutral spine and avoid spending hours each day hunched over. 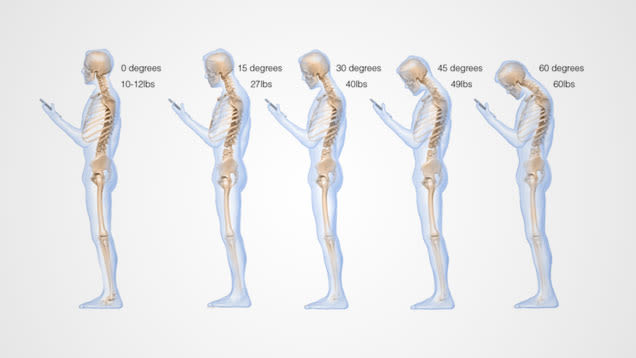 Image source: Assessment of Stresses in the Cervical Spine Caused by Posture and Position of the Head

Numerous research studies suggest that exercise and stretching can help improve posture. A 2017 study published in the Journal of Manipulatie and Physiological Therapeutics examined the impact resistence and stretching training has on forward heard posture and protracted shoulder posture on adolescents between the ages of 15 and 17. Researches divided participants into two groups: a control group and an exercise group. The control group participated in regular physical education (PE) courses, while the exercise group received posture corrective program twice per week for four months in addition to PE classes. The program consisted of three stretching exercises and four strengthening exercises. The exercise group displayed significantly greater increases in cervical and shoulder angles at the end the study. By comparison, the control group did not show any difference.

Another study published in 2008 in Osteoporosis International concluded that spinal extentension exercises can help deter the progression of excessive curvature of the spine, also known as kyphosis, in adult women. Researchers asked participants to perform nine extension exercises three times a week for one year. The women who followed through with the regimen displayed less advancement of their kyphosis compared to those who did not.

Ultimately, more research is needed to have a better understanding of the specific types of exercises and stretches that have the most impact on posture.

Our bodies adapts to the postures we spend the most time in. It’s critical to avoid developing bad habits that can gradually cause poor posture over the long-term. A few small changes can make a world of difference. Follow the tips outlined above and you will be on your way to improved posture and better overall health.